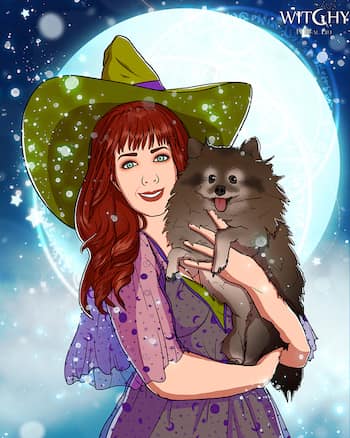 I’ve been writing stories ever since I could hold a pencil. When I was in grade school, my parents bought a typewriter — ostensibly for family use — and I quickly commandeered it, amazed by how much easier it was to write when I didn’t have to do everything longhand!

My first (absolutely horrible, derivative, will never see the light of day) novel was written on that typewriter when I was eleven years old, and I was off to the races. I wrote all through junior high, high school, and college, but then stopped for a long time…nearly seven years…due to life getting in the way. Fanfic revived my love of writing (and yes, some of it is still out there, so you can try to track me down if you like!), and then I sold three books (Taking Dictation, Hearts on Fire, and Sympathy for the Devil) to a small e-publisher in 2010.

The self-publishing revolution began gaining steam not long after that, and, for a variety of reasons, I made the decision to start publishing my books myself. Because I had a background in editing and graphic design, I did most of the work myself back then, as did a lot of other authors. These days, I work with professional cover designers, editors, and proofreaders, although I still do my own formatting and website design (in case you were wondering).

Researching Bad Vibrations brought me to Sedona, and researching Chosen and the other Djinn Wars books took me to Santa Fe for a few years, although I’ve relocated to the Verde Valley after realizing this part of the world is really what owns a piece of my heart. I love incorporating the locations where I’ve lived and traveled in my books, and I think my love of place really shines through in everything I write.

I’ll admit I have a terrible habit of announcing that a series is ended, only to change my mind about it later, so even if I say I’m done with something, it’s probably better to think of it more as saying “au revoir” rather than “adieu.” Plans change…ideas pop into my mind…and then I’m back at it all over again. I do think I’m pretty much done with the Witches of Cleopatra Hill — fourteen books in a single series is a lot — but I’m certainly not done with the world I’ve created. The Witches of Canyon Road series was the first spin-off from the Cleopatra Hill books, but now there is also the Witches of Wheeler Park series, which in a way is more of a direct sequel to the Cleopatra Hill books, since the Wheeler Park story picks up around three years after the end of Darktide, the final book in the Witches of Cleopatra Hill series.

While I’m fairly active on Facebook, really the best way to keep up with my new releases is by subscribing to my newsletter. In general, I only send out the newsletter if I have a new book I want to let you know about, or possibly a super-special deal (like a free boxed set) that I don’t want you to miss. All you have to do is fill out the form in the footer section of the site.