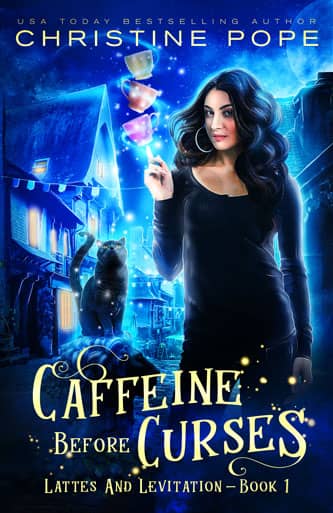 When a movie shoot ends in murder, a caffeine fix might be the star’s only hope.

Skye O’Malley’s grandmother always told her she’d inherited the Sight. But other than an occasional message from a blob of tea leaves or a vague dream, Skye doesn’t think she’s anything special, since she can’t even predict which of her coffee-shop customers will order hard-core black or fancy frou-frou with extra foam.

The only instinct she can rely on is the jangly feeling that something is about to happen. Like when her best friend (and only employee) Deanne tells her that a film crew is coming to their hometown of Las Vegas, New Mexico. The lead is Hollywood’s hottest action-movie star, Max Sullivan, who just happens to be Skye’s former “boy next door”…and her lifelong, unrequited crush.

Just having him around unbalances Skye’s carefully curated existence. But when she starts having disturbing dreams involving Max and a prop gun, she can’t ignore them. Especially when the film’s notoriously unpleasant director turns up dead, and the evidence points to one prime suspect. Max.

Max needs a miracle, not a not-quite witch. But he’s placing all his trust in Skye — and her murky tea leaves — to help him find the real culprit before the actual murderer gets away clean. 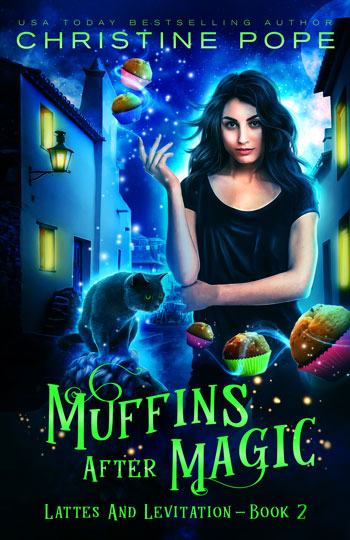 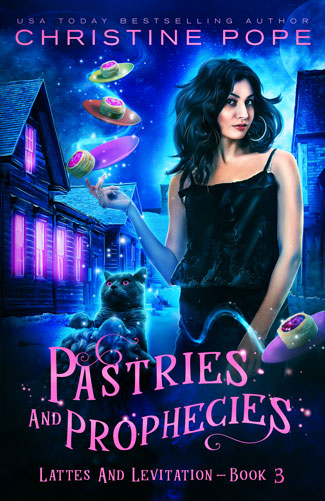