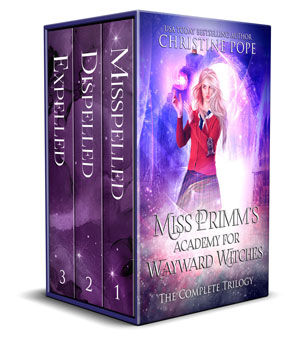 The Miss Primm’s Academy for Wayward Witches boxed set includes all three books in the trilogy:

One last chance to control her magic…or she’s banished to a world without it.

Eighteen-year-old Callie and her magic aren’t exactly on speaking terms. Translation: She has control issues. She has only three years at Miss Primm’s Academy of Wayward Witches to whip her unruly magic into shape. Or DOME (the Department of Magical Exile) will banish her to Mundania. A world without magic.

Callie quickly learns that pop quizzes are killer. And the professor seems have it in for her. Then there’s Lochlan, a boy at Master Marco’s School for Woeful Wizards. If Callie can survive her first year, maybe they can do more than just dream about the future….

One year down, two to go…unless Callie’s search for justice gets her expelled.

The pressure is on as Callie Dobkins begins her second year at Miss Primm’s Academy for Wayward Witches. Not only does she have the same stern-faced Spells professor, her older sister is planning her wedding around Callie’s graduation date.

Which means if she fails, she’ll not only be banished, she’ll break her sister’s heart. Worse, Callie is suspicious one girl in her class is cheating. Snooping for evidence only succeeds in getting Callie grounded. And even her handsome boyfriend, Lochlan, is urging her to back off. Because if she’s caught, she’ll be expelled and exiled to Mundania.

She’s just gotten control of her wild magic. Now she’ll have to set it free…

Miss Primm, headmistress of the Academy, has gone missing. And has Master Marco of the School for Woeful Wizards. Callie and her friends speculate, but Callie alone can’t shut out the inner voice warning her to keep quiet about her suspicions.

In a horrible moment, the conniving Mr. McGee exiles Callie to Mundania, where she will have to draw on all her wild magic to find her way home to her family. To her boyfriend, Lochlan. And to the circle of friends who will try to root out the corruption at the Academy once and for all. 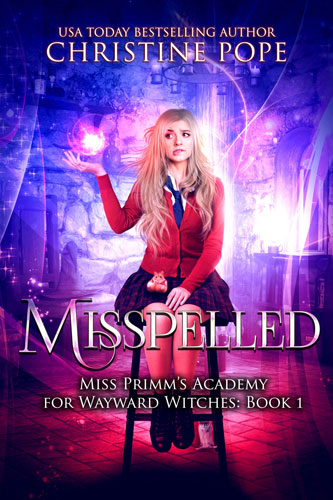 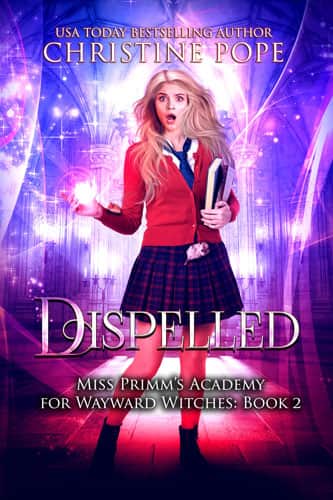 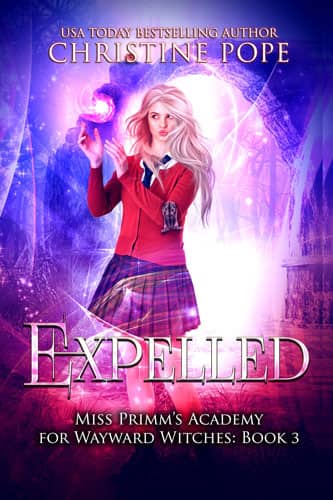 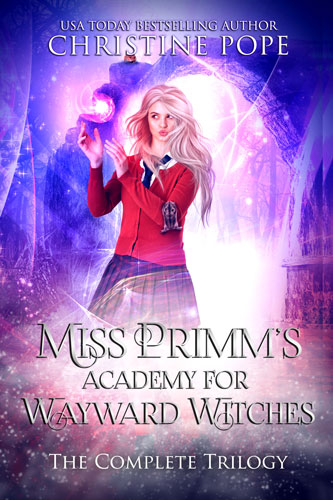