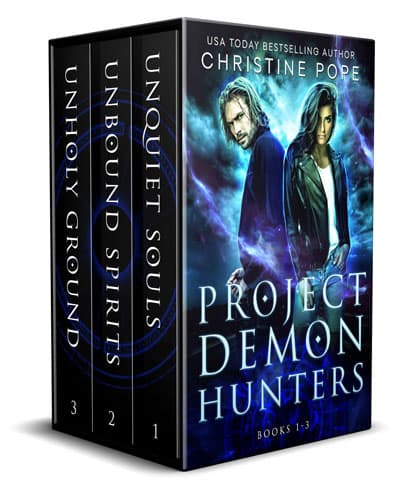 Project Demon Hunters is what you might get if you mashed The X-Files and The Conjuring movies together, then threw in secrets, lies, a dollop of unresolved sexual tension, and scenes that’ll make you think twice about reading in the house alone!

Unquiet Souls
On the surface, psychologist Audrey Barrett is the perfect co-host for Michael Covenant’s new cable series, Project Demon Hunters. There’s just one problem. Michael has made it his mission to stay out of her orbit.

After the tragedy that took her parents, Audrey keeps herself on the fringe of the paranormal world. But with her small therapy practice floundering, the money the show’s offering is too good to pass up.

But when they step inside a rundown mansion, things start flying. Worse, evil follows Audrey home — and she discovers why Michael is the last man she should let herself trust.

Unbound Spirits
When Audrey fails to show up in Tucson to film the second episode of Project Demon Hunters, Michael’s sense of foreboding is confirmed when his psychic gift pinpoints the exact spot where she was kidnapped. No telling where she is now.

Audrey is shocked her kidnapper is the demon she and Michael just killed — or so she thought. In revenge for their closing his personal portal to hell, he plans to crush Audrey’s throat.

Like a homing beacon, Audrey’s soul reaches out for Michael, but he fears that even if he reaches her in time, this fight isn’t over.

Unholy Ground
Audrey Barrett tries to play hero while filming Project Demon Hunters but fails — at a terrible cost. Now the network has pulled the plug on the show, and they’re all out of a job. At least she still has Michael safely at her side.

But as they tie up loose ends, they come across clear signs that the demon that’s been making their lives miserable isn’t through with them after all. Now they have no choice but to confront evil on its own turf…and not even an ocean of holy water will help them. 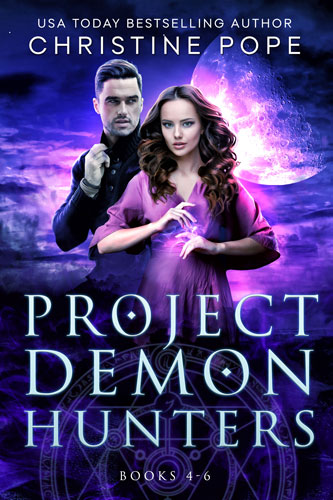