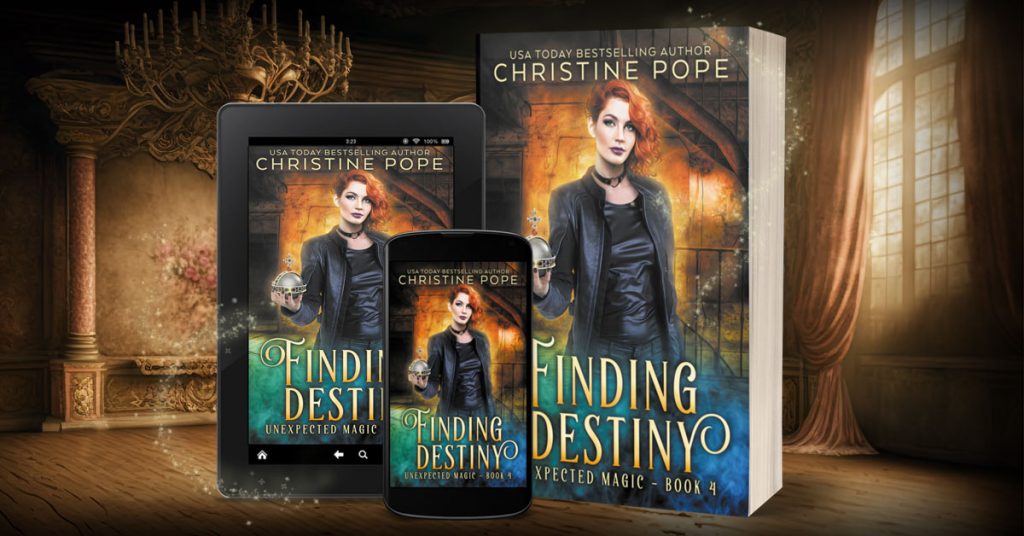 Finding Destiny, the fourth and final book in my Unexpected Magic series, will be out on January 18th, and that means it’s time for just a teeny sneak peek!

“What if I don’t care about my ‘powers’?” I asked, and my grandmother’s expression grew pained.

“You should care,” she said. “The gifts you’ve inherited are very precious things, talents that should be nurtured and encouraged.”

I shrugged. My nonchalance was mostly affectation; I did want to learn much more about how to work with my magic…only not from her.

However, that careless lift of my shoulders served its purpose, because she scowled, clearly annoyed that I cared so little for something that obviously seemed to be the center of her world.

But since she didn’t appear to be the sort of person who allowed her emotions to get the better of her, almost immediately her expression smoothed, and her lips curved in something that was almost but not quite a smile.

“With time, you’ll learn why this is so important,” she said. “But for now, I have someone I’d like you to meet.”

Those words, so innocuous on the surface, made me tense up right away. Considering the types of creatures Virginia Powers tended to associate with, I thought my caution was understandable.

“Oh?” I said, doing my best to sound unconcerned. “Who? Another demon?”

Now she smiled for real. “No, someone much better than that.”

She paused there and called out, “Destiny!”

Almost at once, a woman entered the parlor. Her coppery hair was nearly the same shade as mine but much longer, hanging to right above her waist. And her eye color was the same too, gray with just the faintest hint of green. I recognized her features as well, since they nearly mirrored mine…and those of a woman who’d died before I was even born.

“Penny,” Virginia said in tones of sheer triumph, “I’d like you to meet your sister, Destiny.”