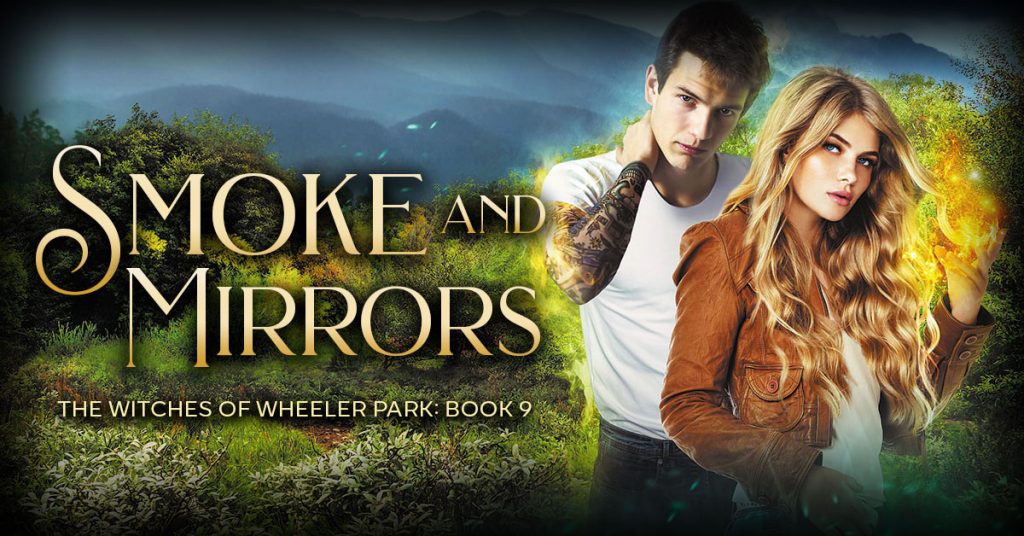 Smoke and Mirrors is the final book in the Witches of Wheeler Park series, and it comes out this Wednesday! It’s hard to believe this series is coming to an end…it feels like I just started writing it a few months ago. Then again, most of 2020 and 2021 were blurs, so that’s probably the reason why. 😉

He pulled onto the narrow lane that led to his property. Okay, it wasn’t truly “his” — he rented the land from the Forest Service for the princely sum of five hundred bucks a year — but no one else ever came this way.

Which was why he found himself frowning when he entered the clearing where the cabin was located, and saw a faint drift of smoke coming from the narrow chimney pipe connected to the wood-burning stove.

Squatters were the one thing he’d worried about the most, with the way he left the place alone for weeks or even months at a time. And now it seemed as though those fears had become reality.

Still, he told himself not to get too worked up. He doubted that anyone who’d decided to crash at the cabin was dangerous…most likely, a homeless person who just wanted some temporary shelter.

Then again, this place was kind of off the beaten path to offer much of a refuge to someone who was living on the streets.

He sat in his truck for a moment, considering. One hand reached up to absently ruffle the short hair at the back of his neck, hair that still didn’t feel quite like his. A few months earlier, he’d cut off the shoulder-length locks he’d been wearing since high school after deciding he was tired of dealing with long hair and wanted a change.

In the next moment, though, his hand moved to the hunting knife he wore in a sheath at his belt. He’d started carrying the thing a few years ago, since it seemed he always needed a knife for some task or another when he was working around the place, but this was the first time he’d ever wondered if he might have to use it on a human being.

His entire body seemed to clench at the thought.

The muddy path that led to the cabin’s single door showed fresh footprints. A good bit smaller than his, though.

Maybe. Kids in middle school would probably have smaller feet but could still get up to a hell of a lot of mischief in a cabin they thought might be abandoned. Jasper wouldn’t quite let himself relax, but at the same time, he found himself breathing a little easier. Kids he could deal with.

One hand reached out to turn the door handle. Years ago, he’d replaced the latch with an ordinary keyed deadbolt, since he got tired of messing around with a padlock, but now he was wondering whether that had been such a good idea. A padlock might have provided more of a deterrent than a regular lock.

The door swung inward, and he stepped inside. Sure enough, the wood stove was lit, sending a warm perfume of oak and mesquite into the air.

And sitting at the table by the window was a girl who looked a few years younger than he, with long, pale blonde hair pulled back into a ponytail and eyes blue as summer skies. She had wide cheekbones and a pointed chin, and the sort of lush mouth that should have been used for a lip gloss commercial.

Quite possibly, she was the most gorgeous woman he’d ever seen.

Their eyes met, and she stood. Her clothes were simple — a brown leather jacket over jeans and a white T-shirt — but they couldn’t hide the slender grace of her body.

The back of his neck tingled, and Jasper felt his eyes widen.

This unexpected apparition was witch-kind.

“Are you a Wilcox?” she asked. Her voice was low and almost husky, the kind of voice that sounded like smoky caramel.

Before he could reply, she spoke again.

Pre-order Smoke and Mirrors at these stores: 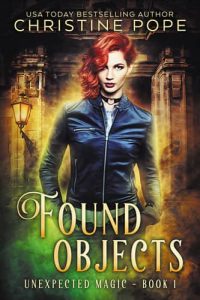